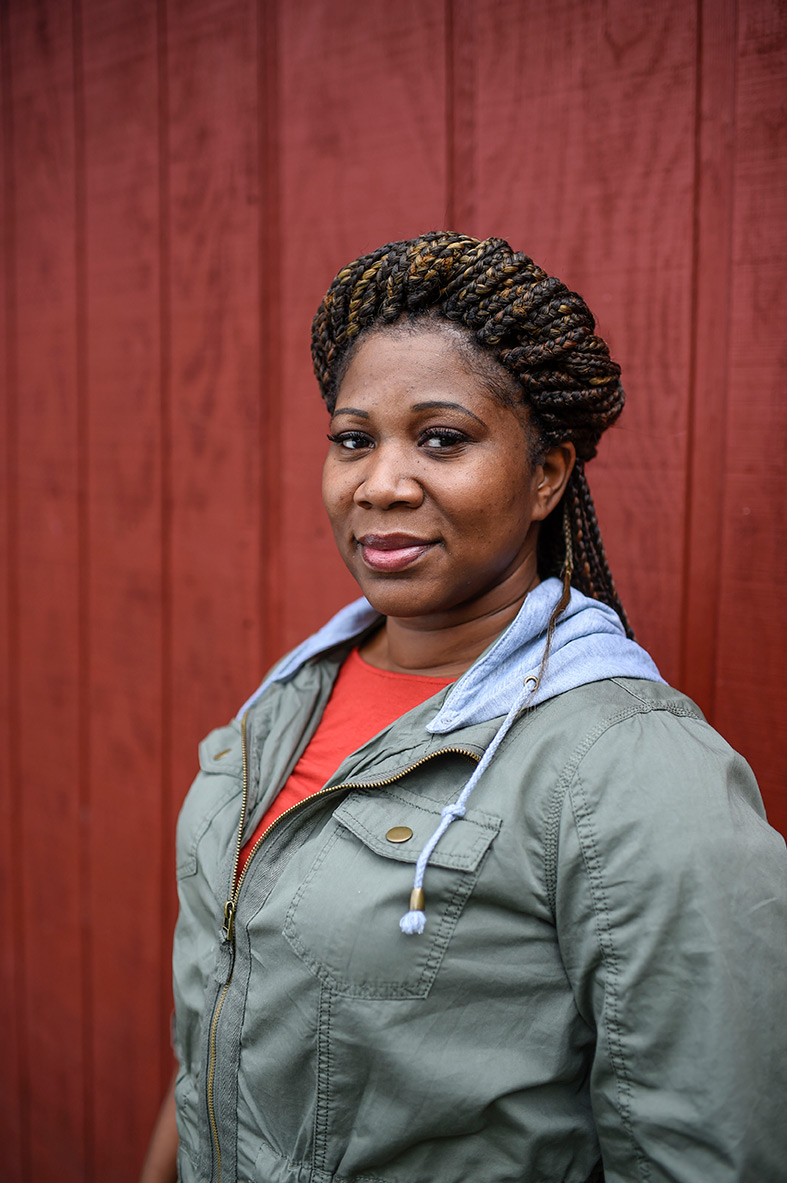 Taniki Richard loved being a Marine. During her childhood, Taniki’s family moved so frequently she never had a chance to build strong friendships. In the military, those relationships came easily. “When you’re out there, the only people you have are the ones to your left and to your right,” says Taniki. “That is your family.”

Because she never stayed in one place for very long, Taniki found it easy to get used to new locations. She enjoyed all of her duty stations, and even remembers positive attributes of Iraq. “Everything made sense in Iraq,” says Taniki. “You had a routine, you had your friends, and you knew what you had to do every day.”

One night, while riding in a helicopter to deliver classified equipment to a base in central Iraq, her team came under fire. They completed the mission, and everyone returned safely; but her life soon spiraled out of control. The stress of combat brought back memories of an unreported military sexual assault Taniki had endured a few years earlier. She stopped sleeping and on the rare occasions she was able to fall asleep, she woke up to nightmares.

When her deployment ended, she returned to her base in North Carolina — and things got much worse. Despite being a suicide awareness facilitator and a sexual assault advocate on the base, Taniki began considering suicide herself. One day, Taniki purposefully crashed her car into a pole outside the base gates.

“I didn’t want to die,” admits Taniki. “I really wanted to live. That’s why I was so sad. I wanted help, but no one seemed to want to help me. I made a decision after I crashed to get help, and I think that’s the first time I was ever a true leader.”

Despite getting some help to learn to live with post-traumatic stress, Taniki still felt alone and isolated – until she attended a Wounded Warrior Project® (WWP) event that changed her life. She immediately felt understood and accepted, and that was all it took for her to open up and express her emotions.

An experience at a WWP Project Odyssey® cemented Taniki’s recovery. When she explained to the group that she missed being a sergeant in the Marine Corps, others in the group shared similar feelings. “No one judged me,” says Taniki. “They validated me. Their stories included similar instances of pain and anger, and it helped me realize I wasn’t crazy. It was empowering, and it was a real turning point for me.”

Since that time, Taniki has been empowered to start her own business to help inspire people to live better lives.

“I want to make sure my fellow veterans have everything they need to play out the next part of their lives and not just live, but live well,” exclaims Taniki. “If I can be a part of an organization that helps people heal and find peace, then the end of my service is not the end. I’m just serving in a new way now.”