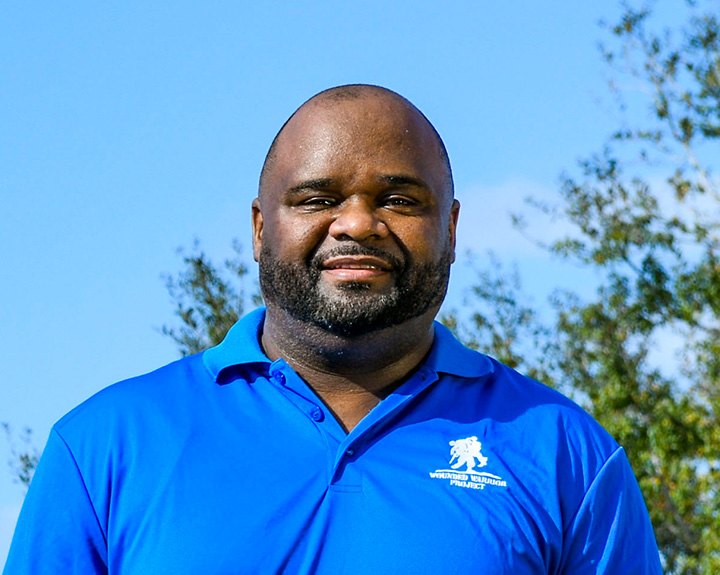 "Wounded Warrior Project played an integral role in improving my quality of life."

Chris Gordon joined the U.S. Army in 1997. His first duty station was Hohenfels, Germany — and that’s where he was on September 11, 2001. Having grown up in Brooklyn and Queens, the events of that day hit close to home.

“My family still all lived in New York,” says Chris. “I called back home and tried to find out what was going on. My mom was working in the city at the time. A cousin of mine actually worked at the World Trade Center — but she was late that morning. Thankfully, everybody was ok.”

By the time the war began, Chris was assigned to a Stryker armored vehicle unit as an infantry supply sergeant. In 2005, Chris’ unit was on patrol in Tal-Afar, Iraq, in their Stryker vehicles, finishing up what seemed like a routine search. As his vehicle rolled up to get in line around a mosque, it set off an explosion.

The blast from the improvised explosive device launched Chris and another soldier out of the Stryker’s back hatch. “Thank God we had the hatches open,” says Chris. “If they had been closed, I wouldn’t be here today.”

Chris woke up at Walter Reed National Military Medical Center in Washington, DC. It was then he realized he had lost his right leg and had a permanent titanium rod in his left leg.

“Rehab was intense,” says Chris. “At first, you’re in a wheelchair, and eventually, you start gaining back your strength. You have to learn how to get up, use a prosthetic, and walk again.”

While at Walter Reed, Chris was introduced to Wounded Warrior Project® (WWP) and was given a backpack full of comfort items. “It showed some appreciation during the toughest time of my life,” says Chris. “People out there still cared what happened, even though they didn’t know me.”

He continued his newfound relationship with WWP through an adaptive sports weekend in San Diego and a ski trip to Colorado. “I got to go to places I had never gone before,” says Chris. “And I learned I was still capable of participating in a lot of different activities.”

As a direct result of Chris’ involvement with WWP, he now golfs, rides horses, and spends time with his fellow warriors. He has also had the opportunity to return to Landstuhl Regional Medical Center in Germany, one of the hospitals where he was treated for his injuries, to thank the staff for saving his life.

“WWP has been a big part of my life since I was injured,” says Chris. “They have provided me with countless unforgettable experiences so I can keep moving in a positive direction, both mentally and physically.”