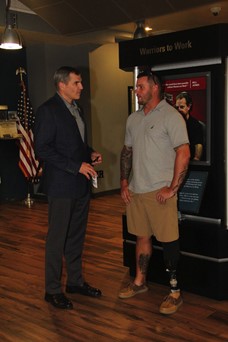 Michael Linnington's Wounded Warrior Project CEO salary can be found by checking out our annual tax filings. His compensation is in line with or lower than leaders of other national charities. Mike brings 35 years of military experience and leadership to the organization and serves as the chief executive officer of Wounded Warrior Project® (WWP).

In this position, Mike oversees day-to-day operations and works with the executive team to set and implement the organization’s strategic vision. He is responsible for ensuring WWP’s free, direct programs and services continue to have the greatest possible impact on the warriors, caregivers, and families we serve.

Prior to joining WWP, Mike was the first permanent Director of the Defense POW/MIA Accounting Agency (DPAA), following his retirement as a Lieutenant General from the U.S. Army. He served as the Military Deputy to the Under Secretary of Defense (Personnel and Readiness) from 2013 to 2015 and as Commanding General, Military District of Washington and Commander, Joint Force Headquarters-National Capital Region from 2011 to 2013. 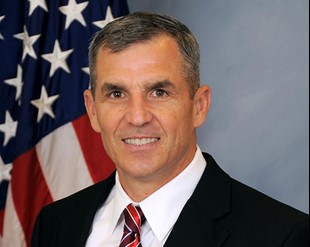 His military career included duties in key command and staff positions worldwide. He served on the Army Staff, the Joint Staff, and the Office of the Secretary of Defense’s Staff. His combat experience includes command of the 3rd Brigade Combat Team, 101st Airborne Division, in support of both Operation Enduring Freedom (OEF) and Operation Iraqi Freedom (OIF).

Mike graduated from the U.S. Military Academy at West Point, New York, in 1980. He is married with two children.