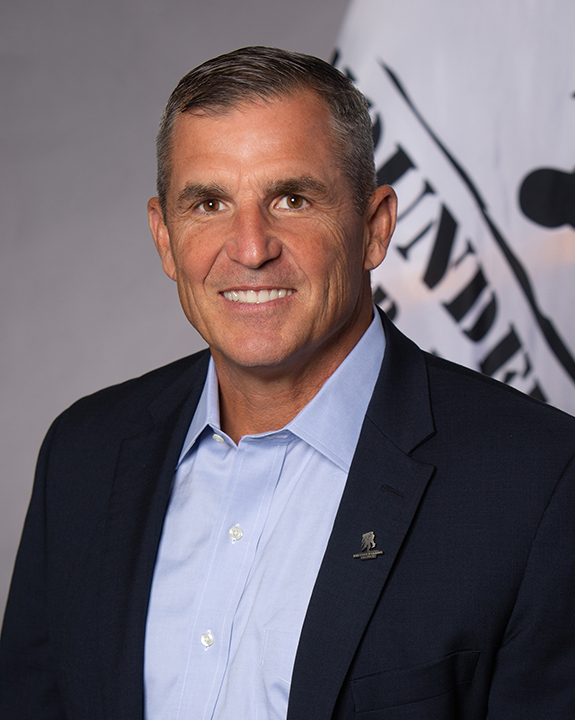 Mike Linnington In The News:

Read more on the WWP Newsroom

LTG (ret) Michael Linnington serves as chief executive officer of Wounded Warrior Project® (WWP). He brings 35 years of military experience and leadership to the organization. Linnington oversees day-to-day operations and works with the leadership team to set and implement the organization’s strategic vision. He is responsible for ensuring WWP’s free programs and services continue to have the greatest possible impact on the warriors, caregivers, and families we serve.

Prior to joining WWP, Linnington was the first permanent Director of the Defense POW/MIA Accounting Agency, following a 35-year career as a soldier. Throughout his career in the Army, Linnington served in a variety of command and staff positions, included Brigade Command of the 3rd Brigade of the 101st Airborne Division (in both Iraq and Afghanistan), Commanding General, Military District of Washington/Joint Force Headquarters-National Capital Region, and Military Deputy for the Under Secretary of Personnel and Readiness. He is airborne, air assault, and ranger qualified, and has received numerous awards and decorations consistent with a long career in uniform.

Linnington received his commission from the US Military Academy at West Point (1980) and has a MS in Applied Mathematics from Rensselaer Polytechnic Institute and National Security Strategy from the National War College. He is married with two adult children, and three grandchildren.