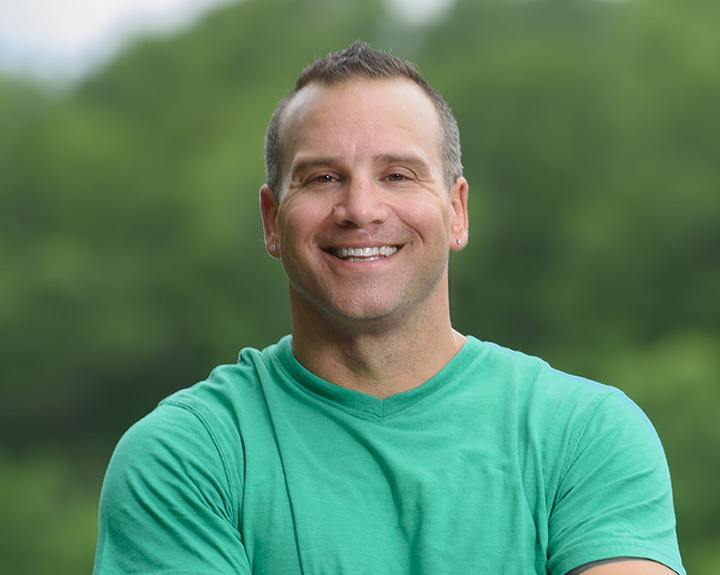 When Bill Geiger returned to civilian life after two deployments with the United States Army, he was a changed man. His service with the military police in Guantanamo Bay, Cuba, and Camp Bucca, Iraq, guarding high-value detainees and being exposed to mortar attacks and riots, deteriorated the formerly vibrant man his wife, Sara, once knew.

‘‘I knew something was wrong the first time I hugged him after coming back from Cuba,’’ says Sara. ‘‘His joy for life was gone, replaced by a depressed, anxious, short-tempered recluse.’’

Meanwhile, the children walked on eggshells around their father. ‘‘How do you describe a man who yells at you because you dropped a bread crumb on the floor?’’ Bill asks of himself.

Then one day, Bill saw an email Sara had left open on their family’s computer. It was to their pastor and said, in part: ‘‘If I had known Bill was going to be like this, I never would have married him.’’

Instead of submitting to the volatility of his post-traumatic stress disorder (PTSD), Bill finally surrendered. ‘‘I wasn’t going to lose my wife,’’ says Bill. ‘‘I knew I needed help to learn how to fix this thing.’’

‘‘Engaging with other wounded service members who understood how I felt without saying a word, who could relate to the struggles I was facing, and who struggled with similar demons was comforting and enlightening,’’ says Bill. ‘‘I realized if other warriors can learn to live with and control their PTSD, or at least learn to find and accept their ‘new me,’ then so can I.’’

Through his involvement with WWP, Bill has also found a new purpose — helping other warriors. He shares his story to help others realize it’s a sign of strength to ask for help — and also to further his own recovery.

“Every time I’m around warriors, hearing people’s stories, I think, ‘wow, they’re still at it,’” Says Bill. “They’re still alive. They’re still giving back to the community. They’re still raising a beautiful family. On the really bad days, it gives you a glimmer of hope to know that somebody else survived just as bad of a day.”