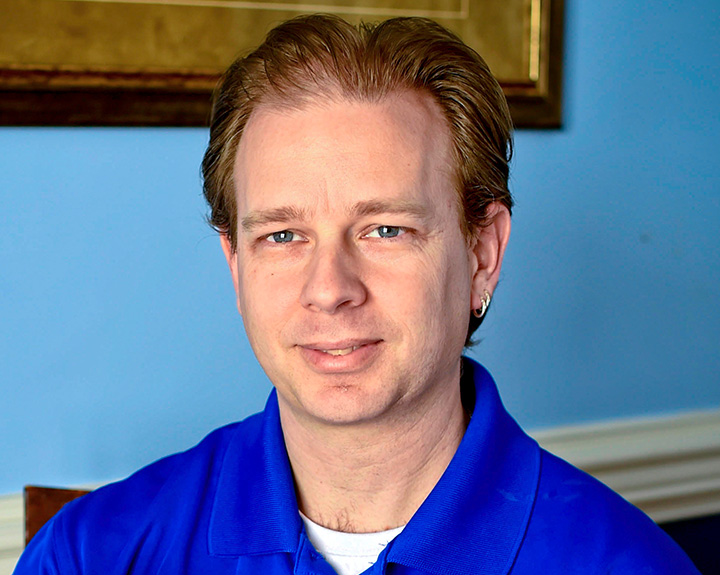 “Thanks to Wounded Warrior Project, the difference in my life from when I got out of the military until now is night and day.”

The events of 9/11 awakened something in then-25-year-old Bill Jones. He’d been considering serving in the military for a while, but after that day, he couldn’t wait any longer.

“I realized that life wasn’t as safe as we once made it out to be,” says Bill. “I felt like I had to do something about it. I had to give back.”

So, Bill joined the U.S. Army infantry. In 2003, while deployed to Mosul, Iraq, a mortar round landed close enough to him that the shock wave “rocked him to the core.” The symptoms of post-traumatic stress disorder (PTSD) and traumatic brain injury (TBI) became evident right away.

“It was extremely challenging for me to try to maintain my sanity while dealing with all of this raw emotion,” says Bill. “My focus had gone from being very, very on top of things to very, very scatter brained. And I couldn’t sleep at all.”

Despite his inner turmoil, Bill finished his deployment. When he got home, he was angry and aggressive and couldn’t be in a crowd without losing control. But in 2010, he deployed again, this time to Afghanistan — and this time, as the pilot of a Chinook helicopter.

One night, when a rocket hit a building near him on base, Bill’s PTSD become too much to handle on his own. He sought treatment, knowing it would likely mark the end of his aviation career. Then, when he got home, he found Wounded Warrior Project® (WWP). His first event, Project Odyssey®, was a major turning point in his recovery.

“The whole program was designed to build trust as a team,” says Bill. “It was perfect for getting me out of my own head and making me feel like a human again, instead of trying to bottle up all of this emotion, and hold onto it, and feel like nobody understands me.”

At the time, Bill was also struggling with the loss of his military career. But once he became involved with the Warriors to Work program, he found a new career that not only gave him purpose, but also helped further his recovery.

“I was hired as a roadie for a Def Leppard tour,” says Bill. “That experience changed my life. I was forced to experience loud crowds and loud music — things that had been driving me wild. And what I found was that prolonged exposure was very, very healing for me.”

Today, Bill freelances in the concert touring industry and encourages warriors to seek the help they need. And once they do, he encourages them to share their stories.

“The more you tell it, the less of an effect it has on you,” says Bill. “The most healing you’re going to get is by letting go of this demon. The healing is in being honest and open.”