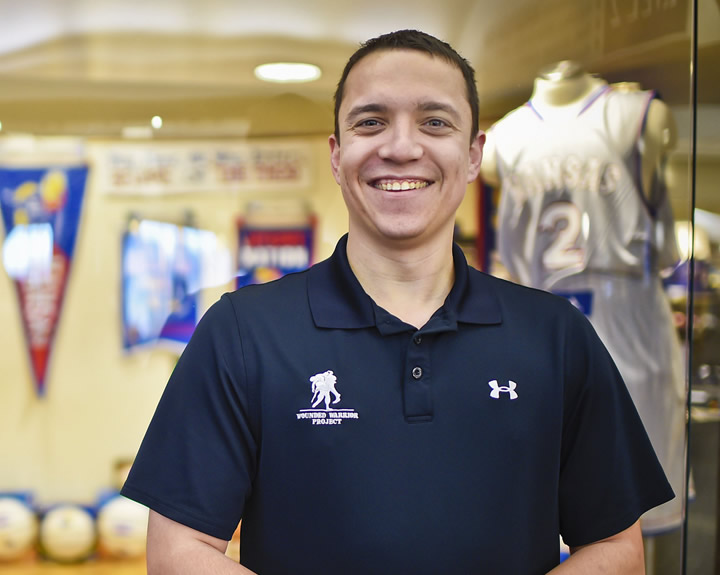 “I remember watching the towers fall live on TV, and I think for my generation, that was kind of our pearl harbor moment.”

As a young boy, Brent Whitten enjoyed spending time with his grandfather and hearing stories from his service in World War II. So when terrorists attacked our country on September 11, 2001, Brent decided to follow in his grandfather’s footsteps. He signed up for the U.S. Army infantry on the first day possible.

Brent wanted to be on the front lines, face-to-face with the enemy. When he wasn’t patrolling on foot, he was in the gun turret of a Humvee. Then one day outside Baghdad, a suicide bomber’s van crashed into the side of Brent’s vehicle and blew up his reality.

With a broken pelvis, tissue damage to his leg, and severe burns, he spent two agonizing months in the burn unit of Brooke Army Medical Center in San Antonio, Texas. A backpack with some toiletries, a CD, and — most importantly he says — shorts and a tee shirt was his first contact with Wounded Warrior Project® (WWP).

“One minute, you’re deployed wearing your full battle rattle,” says Brent. “About 24 hours later, you’re naked in a hospital gown. It was refreshing to have something on besides the gown and to be comfortable in and around the hospital. That was my first interaction with Wounded Warrior Project and it was very important to me.”

Since returning home, Brent has become more involved with WWP programs like Soldier Ride®. Cycling was important to him before joining the military but, because of his injuries, he thought his riding days were over. Soldier Ride changed his mindset.

“Soldier Ride motivated me to get a new bike and use cycling as a way to mentally recover from my injuries,” says Brent.

In 2013, Brent graduated from the University of Kansas. He now works for the Kansas Department for Children and Families.

“My message to other Wounded Warriors is this: Your recovery is your new mission. You have to get victory. You’re still a soldier, so you have an obligation not to surrender.”