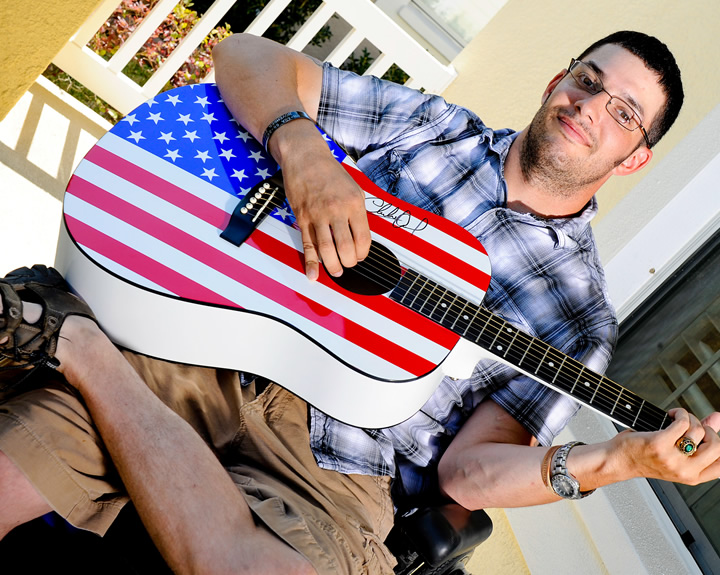 "There is life, even when you're confined to a wheelchair. WWP helped me with VA claims, taking me on hunting trips and, quite frankly, just helped me clear my head."

There is a gleam in his eye every time Mark Lalli thinks of both of his grandfathers.

“They served in World War II,” Mark says. “It was my dream to follow in their footsteps. I always wanted to be G.I. Joe. It looked like fun, and I wanted to go play Army.”

Mark says there is a legacy of military service in his family that goes all the way back to the American Revolution. Mark’s turn came in November 2002 when he joined the Army a week after his 17th birthday.

“September 11 motivated me to do whatever I could to serve and protect my country.”

That’s exactly what Mark did – serving in Iraq. As a UH-60 crew chief, he would make sure everything is good to go for the aircrafts to complete their missions. He also flew missions as a door gunner.

It was on someone else’s aircraft that Mark experienced a life-changing tragedy.

“I was on a joint training exercise with the U.S. Air Force on Nov. 8, 2007. Our aircraft had an unrecoverable malfunction. We had 11 souls on board, but only five survived. I was one of the lucky ones. I suffered traumatic brain injury (TBI) as well as over two dozen broken bones. I suffer from short-term memory loss and some paralysis.”

The aircraft spun for several hundred feet before crashing to the ground.

“My first thoughts were to do everything I could to help everyone in the back of the aircraft. I was trying to calm them all while we were spinning, because there is a point of no return. I was knocked unconscious, and I woke up from a coma a month and a half later.”

Mark’s next moment of consciousness came at Walter Reed Army Medical Center. He was there for about two weeks and then transferred to James A. Haley Veterans’ Hospital in Tampa, Florida – where he rehabbed for 19 months.

“Rehab was painful,” says Mark. “And there were times I wanted to quit. But I believe I owe it to those six warriors who died in the crash. I was given a chance to live, and I live in their honor.”

It was in Tampa that Mark met an outreach coordinator from Wounded Warrior Project® (WWP).

“There was another warrior with WWP who I met who was dealt a bad hand; he was an amputee. But he showed me that it’s not the end. He inspired me that anything is still possible. There is life, even when you’re confined to a wheelchair. WWP helped me with VA claims, taking me on hunting trips and, quite frankly, just helped me clear my head.”

It’s that support Mark receives from the men and women of WWP that makes him feel like he’s with his squad again.

Now Mark is passionate about shaking off the stereotypes branded on Wounded Warriors.

“Warriors are active members of society,” he says. “Take each day as it comes. Find out what works for you and go with it, and simply stay away from what doesn’t work for you. Every day is an Alive Day. Keep your minds on those we have lost, and let their memory motivate you.”

Those memories have certainly motivated Mark. When people tell him that he can’t do something, it only gives him more drive to work harder.

“I’m getting to the point where I’m independent again, and my goals for the future are to raise a family and be the best person I can be in every aspect of life.”