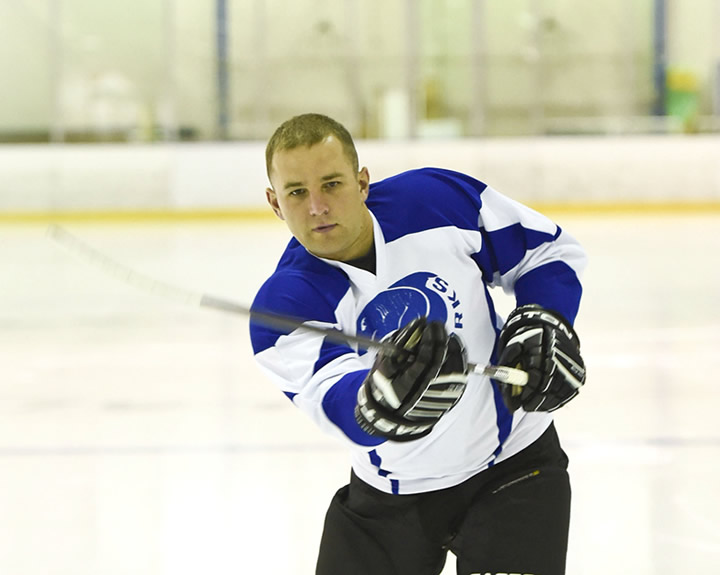 Mike Heller’s eyes transfixed on the broken gear shift in his hand.

In a fit of rage, he had just snapped it off while slamming his car into park. As his young daughter in the back seat was puzzled over what was going on, Mike’s mind flashed through images forged years earlier in Iraq . . . an exploding landmine . . . his violent ejection from a Humvee . . . the jolting pain of his spine as he crashed back into the vehicle.

And, perhaps his most dominant emotion, the loss of a friend he couldn’t save.

“Right there in that garage,” Mike recalls, “staring at that gear shift, coping with the pain, guilt, and memories, was a turning point for me. I broke down and sought help. I was determined to ensure one thing: I would never put my daughter through an experience like that ever again.”

Mike had joined the Marines out of high school in June 1999 and became an 0331 machine gunner. By 2005, he was rifleman squad leader to 11 Marines – leading his men in the face of mortars, suicide bombers, and attacks from insurgents in the city of Hit.

But the most formidable enemy was the raging sandstorm that engulfed his position after that landmine destroyed his Humvee.

“I needed to get my guys to a hospital within an hour. But the helos couldn’t land because the sandstorm was so bad. It took three hours to transport over roads destroyed by previous landmines.”

During those three hours, Mike kept talking to his team leader Joey Trembley, trying to keep him calm and distracted.

“He was in so much agony, even after a second morphine shot,” says Mike. “Five minutes from the hospital, he lost consciousness and went completely pale. Once we got him to the hospital, he went into emergency surgery and they had him stable. But, later, halfway through flight transportation to Balad, he started bleeding again and passed away in transport.”

Mike received his own treatment, had shrapnel removed, and was stitched up. Three weeks later, after his swollen eye subsided, and Advil and Tylenol masked the pain from his back, Mike returned to lead his men.

“But I knew my back was jacked up. At the time it didn’t need surgery, but I kept re-aggravating it. In the summer of 2009, the disks at L4 and L5 ruptured and pinched my nerve off. After surgery, I had multiple physical therapy sessions. But even today my back is still sore.”

Mike admits to being “a very closed off person” and that he had difficulty adjusting when he returned home.

“It was all internal, and I didn’t seek help. You believe that you’re this great Marine. You feel you never want to show anybody weakness. Like there’s a stigma to it. I coped with it as much as possible until I hit rock bottom – that day I ripped off the gear shift in front of my daughter.”

And the incessant question in his mind remained: “What could I have done to change things so Joey could live?”

Thankfully, Mike followed through on his commitment and sought help at Veterans Affairs for post-traumatic stress disorder (PTSD).

“I went through the PTSD program, and it helped a lot. Sitting down, reevaluating the scenario, realizing I couldn’t change things. When I got involved with Wounded Warrior Project®, I embraced this community of warriors who rely on one another. I’m talking to other warriors about their transition process. We know we have each other’s back.”

Mike continues to manage his back pain and his mood swings. He says he’ll occasionally go through old photos to remember the good times.

“I’ll reflect on Joey and all the funny things he used to do. It’s my silent way to honor him.”