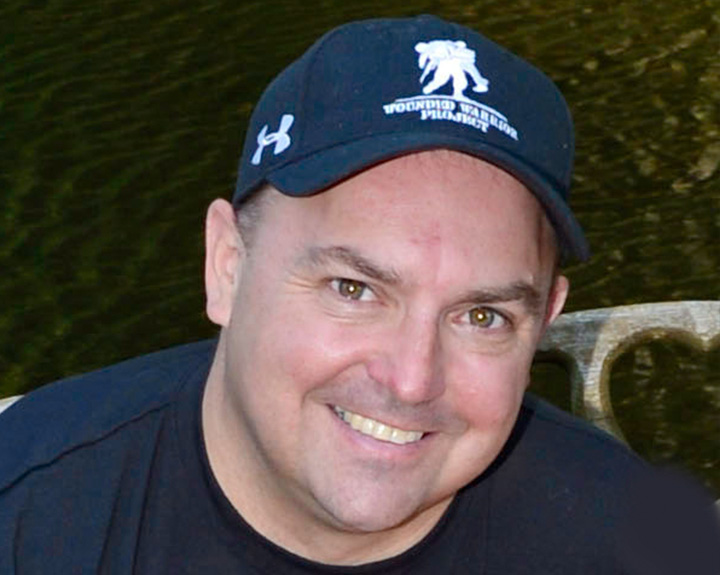 “I will always be indebted to Wounded Warrior Project for helping me refresh and renew my relationships and allowing me to properly deal with the past.”

Nick Bennett grew up idolizing the World War II service of his grandfathers and always knew he wanted to be a part of the military. So when he graduated high school in1988, he joined the U.S. Marine Corps. After six years of active duty service and a short stint in the Marine Corps reserve, he left to focus on family life. But in 2004, he chose to reenlist. He didn’t feel comfortable sitting at home while other Marines were fighting and dying. “I had already experienced life to the fullest,” says Nick. “I would have been okay if anything would have happened to me so another Marine could come home and experience a full life, too.”

When he arrived in Iraq later that year, Nick selflessly requested to work in a more front-line role. Thanks to his then-gunnery sergeant, Dan Miller, he was trained in base security and helped keep his fellow marines safe. But on November 11, 2004, while working a security detail in front of the compound, Nick heard a whistle over his left shoulder and knew exactly what was about to happen.

“What I got hit with was a 107-millimeter Chinese rocket,” says Nick. “It has a kill radius of a football field, so if it hits on the 50-yard line, anybody in that football field gets killed. It hit basically 10-15 yards off my left shoulder. Thankfully, it only partially detonated.” It took 26 surgeries to repair Nick’s hands, shoulder, back, and leg, but the blast was even more destructive to his mind. When he returned home to Indianapolis, his marriage of 16 years fell apart. After seeing such devastation in Iraq, hearing his kids groan about simple household chores would catapult him into a rage. He knew he needed help.

While being treated for post-traumatic stress disorder (PTSD), he was introduced to Wounded Warrior Project® (WWP), opening up a new world of support. Not only did WWP give Nick a chance to heal, they also helped Nick’s family witness his recovery. They saw him reconnect with Marines he hadn’t seen since Iraq. They watched him learn, through equine therapy, that he can control a situation — and a horse — even with an injured hand. And while being interviewed by a camera crew at a WWP Alumni event in Chicago, Nick’s daughter heard the story of his injury in its entirety for the first time. “We healed together,” Nick said. “If it weren’t for Wounded Warrior Project, I don’t know when I would have ever healed with my little girl.”

Then in 2016, through WWP, Nick had the opportunity to reconnect with Dan Miller — the marine who allowed him to be on that security detail in Iraq. Dan had recently been hired to share his own story of being saved by WWP, and some of his PTSD was related to the incident with Nick; he blamed himself for Nick’s injury. But that’s not how Nick felt. “There’s so much stuff Wounded Warrior Project does to heal warriors that you don’t hear about,” says Nick. “When Dan walked into the room, I said, ‘Hey, I’ve got a son, I’ve got a marriage, I’ve got a relationship, I’ve got all this stuff because of you.’ He saved my life. He thought I would have been upset with him, but I loved him for making that decision because I wanted to follow in both my grandfathers’ footsteps. And because of him, I did.”