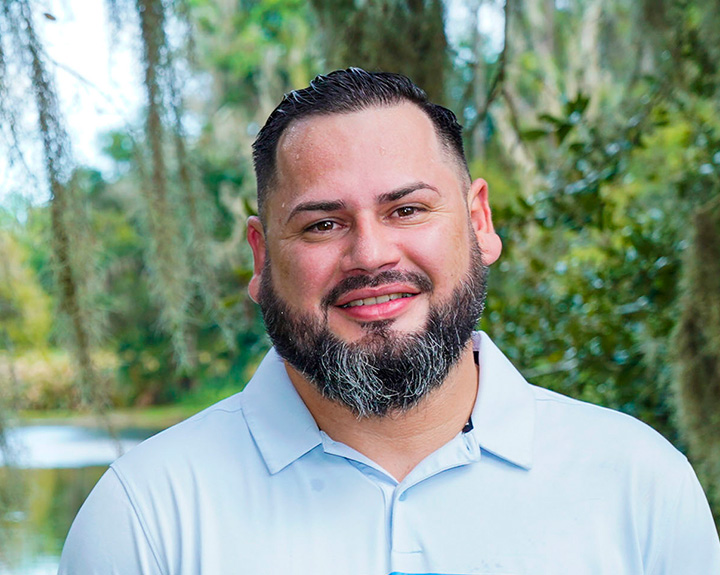 “After my injury, I didn’t think I was going to be able to function enough to really feel alive. But Wounded Warrior Project made me feel normal again. I realized I could still do everything I dreamed of and more.”

Growing up in Puerto Rico, Roberto Cruz always looked up to his father. “My father was a U.S. Army Vietnam veteran,” says Roberto. “And I wanted to be just like him. In 2003, right before the invasion of Iraq, I told my dad I was going to join.”

Roberto proudly followed in his father’s footsteps by enlisting in the U.S. Army infantry, and less than two years later, his unit was under fire in Tikrit, Iraq. “The morning after I arrived in Iraq, I was on patrol when the shots started,” says Roberto. “I was like, ‘All right, this is Iraq.’”

Eight months later, Roberto was about to complete a day of guard duty when he heard the now-familiar sound of gunfire. Suddenly, he was on his back in the guard tower. He couldn’t move, and he couldn’t feel his legs. “I remember them putting me in the helicopter and giving me oxygen. Then, I passed out,” says Roberto. “I woke up a week later at Walter Reed National Military Medical Center in Bethesda, Maryland.”

A bullet had entered Roberto’s arm and ricocheted inside of him, breaking a rib, collapsing his lung, and lodging in his spine. The doctors were able to carefully remove the bullet but feared Roberto might never walk again. Thankfully, he refused to accept that possibility — as did the therapists at James A. Haley Veterans’ Hospital in Tampa, where he was sent for spinal cord rehabilitation. Today, you would never know Roberto was once told he’d never walk again. Though his rehab was long and grueling, he now golfs, rides a bike, and enjoys a full life with his daughters. “I can take care of them,” says Roberto, with pride. “I can do everything for them. I changed diapers and did everything like a normal Dad. And for me, that was amazing.”

Still, life isn’t without its challenges. Roberto still lives without the full use of his left arm and hand, and since he was left-handed, he had to re-learn how to do many everyday tasks. He also lives with post-traumatic stress disorder (PTSD) from his time in combat. Luckily, Roberto didn’t have to address his wounds alone, as he’d met Wounded Warrior Project® (WWP) just days after he was injured —when he received a much-needed WWP backpack at his hospital bedside. “I woke up from my coma and I didn’t have anything on me — I was naked,” says Roberto. “In my backpack there was socks, shorts, t-shirts, and personal hygiene stuff. That meant a lot for me because I didn’t have anything.”

As his recovery progressed, Roberto became more and more involved with WWP. Though he’s taken part in many events over the years, a ski trip to Colorado and a multi-day cycling event called Solder Ride® are the two that really helped him realize he could still lead an active life. “I never thought I would be able to ski, let alone strive for so much more,” says Roberto, “Those trips taught me a lot about my capabilities and gave me the strength to succeed. Through Wounded Warrior Project I found opportunities and resources to become an even better version of myself than I was before.”