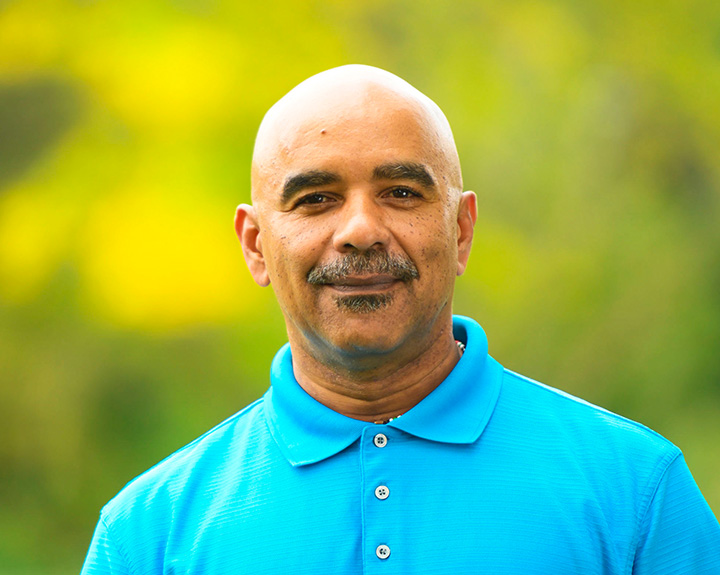 “Wounded Warrior Project empowered me to share my story and to help other vets who’ve been through similar experiences.”

Bill Thomas served our country and his community for more than 30 years. He joined the Air Force Reserve in 1977 and got out in 1986 to become a Newark, NJ, police officer. Then he went back into the Air National Guard in 1998, working his job with the Newark Police and serving his country at the same time. As a result of his life as a police officer and airman, by the time he deployed to Iraq in 2007, he was already living with some of the symptoms of post-traumatic stress disorder (PTSD).

One day in Iraq, while looking for weapons in a building at Baghdad International Airport, one of Bill’s team members and his bomb sniffing dog came in contact with exposed wiring, killing the dog and sending the man flying through the air. After the electrical explosion, two higher-ranking airmen abandoned them inside the hangar, rather than coming to their aid. The situation was a breaking point for Bill and sent his PTSD into high gear.

The next two years were a mix of therapies, prescriptions, and inpatient treatment — but nothing brought him peace. Then, in 2009, Bill tried to commit suicide — but thankfully, paramedics arrived and were able to get him to a hospital. Shortly thereafter, he found a path toward the peace he was looking for with Wounded Warrior Project® (WWP).

“Seeing other veterans out in public, around crowds, trying to live positive lives inspired me to do the same,” says Bill.

Through WWP, he found a new purpose; a new way to serve. He could help other warriors make sure they didn’t get to the brink of suicide.

“Having experienced the rabbit hole, I know what’s there,” admits Bill. “It scared me to the point where I know when I’m getting too close. I know when it’s time to reach out for help. Because that rabbit hole, if you get too close, it sucks you in.”

Now, Bill knows how important it is to work on your mental health regularly to ensure you don’t get too close to the bottom of the rabbit hole. After a decade of involvement with WWP, Bill recently participated in his first Project Odyssey — a multi-day mental health workshop — which helped rejuvenate him so he could continue to navigate the ups and downs of everyday life.

“Ultimately, I’m still looking for peace,” says Bill. “I guess as much peace as I’m going to have is what’s going on right now. I’m in a good place right now.”