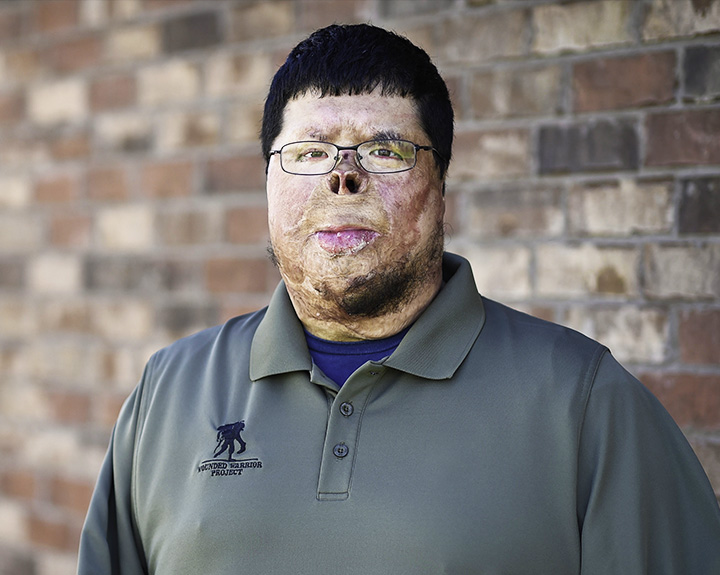 “I joined the military because I wanted to give back. What amazes me is how many have given back to me.”

One last patrol. That’s all that was left for Anthony Villarreal. He was about to leave Afghanistan after his third Middle East deployment in four years of service in the U.S. Marine Corps. But on that final mission, a roadside bomb blew up the truck he was driving, leaving him with third-degree burns over 70 percent of his body, a broken back, and many other injuries. He was lucky to survive.

After three months in a coma, amputations of his right hand and left fingers, two grueling years in the hospital, and more than 70 painful surgeries, his greatest fear was not knowing what he would do next to support his family.

A backpack delivered to his hospital room was his first interaction with Wounded Warrior Project® (WWP), and the support he received from that point on helped him find his next mission.

“It was nice to know someone was thinking of us,” said Anthony. “Not just me…they were asking my wife how she was. They really helped her…they told us about programs that could help with our transition.”

When Anthony got back to his hometown of Lubbock, Texas, he started getting emails from WWP inviting him to participate in programs and go on trips. The relationships he formed with other warriors were invaluable to him.

“To me, they were not trips, they were meetings,” says Anthony. “Meeting other wounded veterans and their spouses to get a better understanding of what my life could be if I just kept going, instead of staying at home.”

Initially shy and withdrawn because of his looks, Anthony now actively shares his experience in the hope of helping other warriors. People often tell him that his story has enlightened their understanding of what military families go through.

“I think it’s important for warriors to share their stories, so that everybody knows what we’re going through as America’s fighting force. We’re all in this together.”