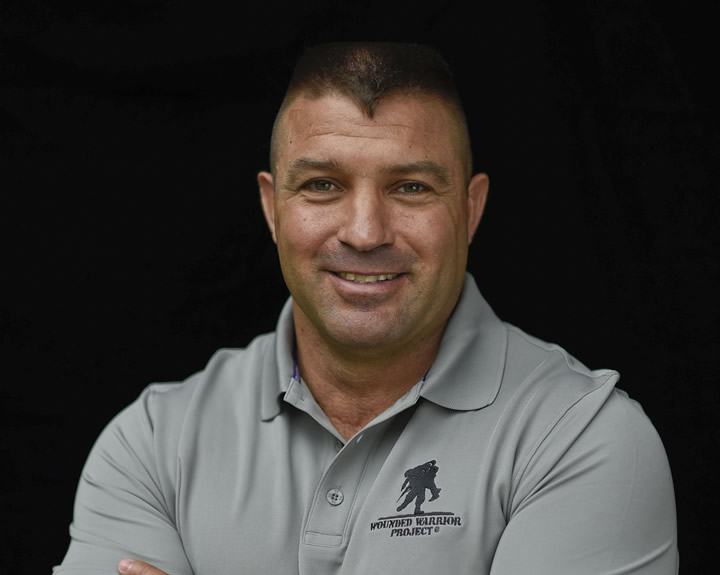 When Michael Pence joined the United States Marines right after his high school graduation, he imagined a life serving his country, promoting the cause of freedom, and backing up his brothers in arms. He never imagined his fight would include battling post-traumatic stress disorder (PTSD).

“It’s like somebody turned on a radio in my head full blast, and I couldn’t turn it off,” says Michael. “That radio played a constant set list of anger, isolation, and depression.”

Michael began to experience issues with PTSD when he visited the Middle East for the first time in 1990 during Operation Desert Storm. He was able to keep the anger, isolation, and depression at bay as he left the Marine Corps and was recruited to join an Army National Guard unit in Oregon. But when his Army National Guard unit took him back to Iraq, he was unable to suppress those feelings.

“As soon as I stepped off the plane, I felt that heat,” says Michael. “There’s nothing else like it. All the memories of Desert Storm immediately came rushing back.”

In October 2003, while on a convoy delivering supplies to units in Iraq, an improvised explosive device (IED) detonated next to Michael’s vehicle. He shook off his injuries taking just one day to recuperate. By the time his unit transferred to Saudi Arabia, Michael knew something was wrong.

“I was ultimately diagnosed with traumatic brain injury (TBI), hearing loss, nerve damage in both arms, and a torn rotator cuff. I also had two surgeries to repair damage to my sinuses.”

However, according to Michael, the greatest injury was to his self-esteem. It made for a rough transition from military to civilian life.

“I was afraid to walk out the door of my home. I felt alone and misunderstood. And then I learned a warrior buddy of mine committed suicide. He was the soldier’s soldier, a symbol of strength. I was devastated by this loss, and I knew I would be next if things didn’t change.”

For Michael, the life transformation he so desperately sought came through his involvement with Wounded Warrior Project® (WWP).

“I had to re-learn that I couldn’t survive as an island. Military life is all about teamwork. WWP showed me civilian life is about teamwork, too. Soldier Ride® is the perfect example of that. Warriors start as a team, and we finish as a team, helping each other along the way. Through Soldier Ride, WWP showed me that I can overcome my issues. I can prove my doubters wrong.”

And, as Michael puts it, warriors transitioning to civilian life have a new mission.

“I have a job to do. I went through Peer Mentor training, and I do what I can to help other warriors. I’m helping them heal, and in the same process, they are helping me heal. I am not alone. I don’t feel like I’m a victim anymore. Because of WWP, I’m making decisions for my life. Life isn’t making decisions for me. And now I can help motivate others to do the same.”

Those who know Michael are motivated by his actions and the example he sets for others.

“Almost every day I’m in the gym, working with my personal trainer, improving myself, and preparing to compete in body-building competitions. That’s light years away from being the injured veteran in a hospital room or the isolated victim afraid to leave his own house. I stay in constant contact with other warriors, and we keep pushing each other – emotionally, physically, and spiritually. We refuse to let disability define us. We are warriors forever. We fight PTSD together, and we win.”