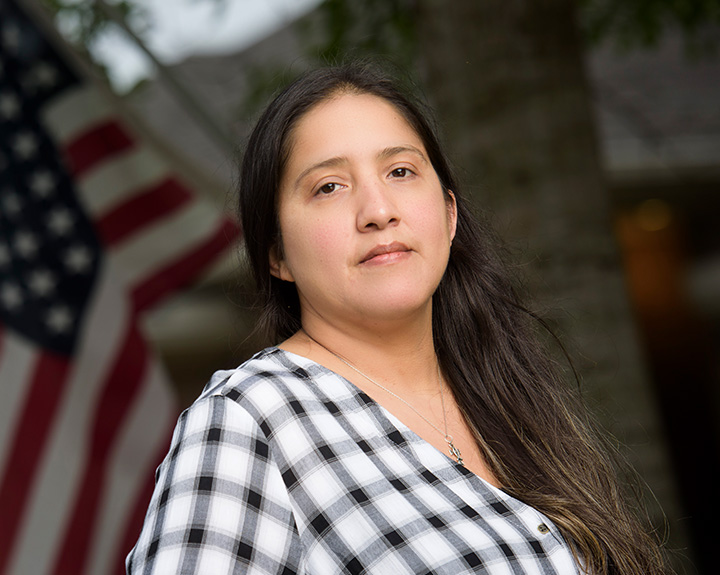 The United States Marine Corps was as much the source of Severa Parrish’s self-confidence as it was the cause of her vulnerability. She thrived on the camaraderie of military life and its mission to serve others. But when she retired in September 2006, due to injuries suffered in Iraq, she came home and felt alone

This sudden loss of “inner strength” was paralleled by Severa’s intense feelings of survivor’s guilt over the loss of a fellow Marine.

“His CH-53 Sea Stallion helicopter was shot down,” says Severa. “Why him? Why not me? He was married and had a daughter who he’ll never get to see grow up – he had everything to live for. I didn’t have those kinds of ties. It should have been me instead. These were thoughts I dealt with every day.”

Severa says her first instinct when she returned home was to retreat from the world and build an emotional wall around herself. Her second impulse was to lash out with angry outbursts – confronting her inner thoughts of hurting herself – trying to keep herself perpetually distracted from her real state of mind.

Severa was desperately searching for something to link her past experiences and her future hopes and dreams, and she found it.

“I struggled a long time before I discovered Wounded Warrior Project® (WWP). They helped me change my mindset. I now realize I am not alone. I’m not the only one going through post-traumatic stress disorder (PTSD) or traumatic brain injury (TBI). Best of all, there is a connection in my healing process. As I heal and progress, my relationships with friends and family improve. And my family learns to understand what I’m going through because they’re involved with WWP too.”

The decisive event that made all the difference for Severa was Project Odyssey®.

“That’s when I came to grips with the fact that I may have left the military, but the military will never leave me. I’m still surrounded by my team at WWP, and I will always have their backs. The Odyssey event I participated in was strictly for female warriors, and it was encouraging to meet so many strong-willed women dealing with similar issues. I liked knowing that WWP attracts and helps female warriors. We all served our country. We did our job. We volunteered to leave our families and put ourselves in harm’s way. We’ve earned it.”

Severa has since graduated from the WWP TRACK™ program and is currently studying health services management at DeVry University.

“I want to keep promoting the health of other injured warriors,” says Severa. “Warriors who deal with PTSD feel like their backs are against the wall. It can be like living a nightmare.”

But, as Severa points out, it doesn’t have to be that way.

“When warriors are involved with WWP, we give each other hope. When you’re alone, your mind can play tricks on you and lie to you. You can fool yourself into believing that no one understands. That’s how I felt, but I was wrong. There are thousands of people who understand and have been through exactly what you’re going through for the same reasons you’re going through it. That’s why it’s so important to connect with other warriors and to share that same teamwork you had in the military. Individually, we’re strong. Together, we’re invincible.”